Good morning world!
It’s 6am and I’m just waking up to an awesome dream!! I had a David & Goliath experience. We all face these types of battles. But this was one was physical! In a sense…

I like to think this was a vision because it felt so real to me. I typed this up in my notes on my app after telling my husband about it. So here’s the RAW details!

In this dream, it’s like I was getting ready to go to school. I was running late as usual “fashionably late” (beauty) takes time you know… I had 1 min to gather my things & RUN to my bus stop. As I opened up the door to go outside, I seen “some” of the students walking into the other direction. I thought, dang, they missed the bus! But as I looked closer, they were walking to another bus stop. So, I followed. We got onto the bus and was taken to a different location than our school. I was able to realize that everyone was Christian. The President of this particular school location was a bit rude to us. He was well respected amongst the school board though. The teachers were on his side too. It’s like they were praising this guy. But that’s the besides the point. *At least, I think. Haven’t received any revelation on that. Just including the details!*

Upon arrival, we were all being held hostage. It was about 50-100 of us in this small building in total. Outside on each side (there were 2 exits) were Christian persecutors. Not being racist in any way, but these people were immigrants from undeveloped countries. They had mean looks on their face because they hated us for being Christians. There weapons were of the world and they were very outdated! I was laughing at them, like really. Y’all don’t scare nobody! As I was walking out of the door, the other Christians in the hallway pulled me back in. They were all scared. I was telling them to not be afraid because Our God WILL fight for us. He already has!

They were religious Christians so they didn’t “KNOW” Scripture! I was like WOW, come on guys, it’s like 100 of us and less than 10 of them! We better go out there now and attack before they start multiplying. (Even if they were to multiply, we had no reason to fear. More victory for us!) I asked if anyone had weapons in their bags & a few of them actually had guns. I took one and shot at the wall to test it out. I’m a very petite girl, so of course I wasn’t skilled in this area. So I had to use 2 hands to hold the weapon. Remind you, this is a vision so it happened in the spiritual realm just as it would in this physical world today. I was still ME! So my trust wasn’t in that gun but in my Lord and Savior Jesus Christ!

I went to the back exit first to get the hostages. Then I said a prayer over myself and the people: “God, I know that You will protect me. I know that I will not die before my time. I know that You will protect Your people. This battle is Yours and not a scratch shall touch our bodies. In Jesus Name. Amen” I kicked the door open (not like on action movies) this door was “push-to-open” the door wasn’t even locked. People were just scared to go out! I shouted: “OUR GOD WILL FIGHT FOR US!!!” Those enemies ran away so fast w/o me having to even use that gun. They seen the light in me. They seen that we were fearless. The demons ran away fleeing at the Name of Jesus! The Lord fought for us without us having to lay a finger on them. And the dream ended just like that. I woke up like WOW!!! I know this was a vision. Before bed, I skimmed through Ruth 2 because of a Word from the Lord that I received. But it had nothing to do with this dream I suppose. My visions usually happen like that. Because it’s not my works but God’s Grace. He was ready to use me only because I was available to be used by spending time getting to know Him through His Word. All it took was faith. A fearless and faithful person whose trust and hope was completely in the Lord Jesus Christ.

If you aren’t familiar with the story of David “a man after God’s own heart” drafting Goliath ( a philistine giant) then, I want to encourage you to study the full story in the Bible. It is found in 1 Samuel 17:1-58. In summary, this message about trusting God to fight your battles. To not look at your circumstance but to look to God. Fight from victory because Jesus finished it all at the cross. We do this by trusting God’s strength in our weakness. Don’t fear because fear is NOT of God. As believers, we must know God by studying His Word. That is the only way to truly know Our Heavenly Father. There’s no compromising the Gospel. Jesus is the living Bible. To know God The Father we must know God The Son: The Holy Bible. The Christians in my dream were still saved. They were just fearful because they didn’t have a personal relationship with God. We’ve all been lukewarm christians and hypocrites. It’s easy to praise God in the bad times. But is it just that easy to praise Him in the bad times to you? There are way too many religious folks in the Body of Christ today! It’s not good that some of us can shout but become silent and independent of God during trying times. In this dream, the people were looking at me crazy saying: “I don’t know about all that” when I told them that God will fight for us. They were willing to sit in the building all day until matters became worse. I wasn’t about to sit in there afraid knowing the God that I served! Those people outside were just people. God is a Spirit! God is creator of everything. I was ready to go to battle (in faith) because I had stuff to do later on that day. (I literally said that in the dream LOL) I had to go check on my kids, And when I woke up it just so happened that it was time for me to nurse my baby girl at 6am just before my husband’s alarm clock went off @6:15 a.m.

When we humble ourselves to His Word, we find His Grace in abundance! In this vision, God was telling me to continue spreading the Gospel without sugarcoat. To inform others the importance of knowing and applying His Word.

Inspiring people to get to know Jesus personally through the Bible. View all posts by Jennifer Quetant 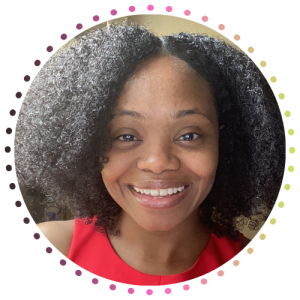 Jennifer Quetant is a devoted follower of Jesus Christ, wife, mother, and lover of the simple things in life. In 2016, she self-published her books and opened a handmade jewelry business. In 2020, she earned a bachelors degree in biblical studies with honors from Colorado Christian University. She is currently pursuing a M.S. degree in clinical mental health counseling with an emphasis in trauma. Jennifer resides in Atlanta, GA with her husband and three children. Check out her jewelry store for Christian gift ideas for women: etsy.com/shop/biblejourney and YouTube for biblical encouragement: Bible Journey Ministries

Bible Journey: Your True Identity is Found in Jesus is available on Amazon paperback and kindle versions. Bible-Verse-inspired beaded bracelet sets are available on Etsy. Link in bio! 💟 #etsy #handmade #beadedbracelets #womensministry #biblejourney #faithbasedjewelry
“For God so loved the world that He gave His only begotten Son, that whoever believes in Him should not perish but have everlasting life” John‬ ‭3:16. 💚 #etsy #handmade #beadedbracelets #linkinbio #bibleverse
“So faith comes from hearing, and hearing through the word of Christ” Romans 10:17. ✝️ #linkinbio #shopsmallbusiness
Handmade beaded bracelet gift sets for women. 💚 #etsy #beadedjewelry #beadedbracelets #etsyhandmade #bibleverse
Bible Verse:‬‬‬‬ “Three things will last forever—faith, hope, and love—and the greatest of these is love” (1 Corinthians 13:13, NLT). 💖💜💝
Hello, ladies! I make and sell beaded bracelets inspired by Bible verses for women. Customers say that these jewelry sets are great gifts of encouragement and inspiration. Come check it out. Use code BIBLE VERSE for 10% off plus, FREE SHIPPING! 💗 www.etsy.com/shop/biblejourney